When we were younger, we had massive life-size computers at home with a collection of games on floppy discs or CD-ROMS. We also bought awesome tapes to play in our walkman on the way to school. During school, we fought to play games such as Oregon Trail on the one classroom computer when we had ‘indoor recess’ due to rain, snow, etc. We also occasionally ventured to the computer lab, where most of us would fool around by making creations in Paint and sneaking on Ty.com to read up on our beloved beanie babies. But mostly, it was Oregon Trail that did it for us. When we got home from school, we would log onto AOL to check our email and browse the AOL for kids interface… as long as no one needed to use the phone line of course.

We eventually started buying CDs and brought them to school (with our discman to listen to on the bus) like they were our prized possessions. As we entered our pre-teen and teenage years, we were forced to take keyboarding class where we learned to type using the ‘home keys’ (I still don’t do this — yet I can type like a mother fucker). We also got AIM and chatted with everyone on the reg. And made super awesome profiles. And downloaded our favorite songs — thanks Napster! And put them on to mix CDs that girls everywhere casually decorated and sometimes gave to friends. We used the payphone to call home when necessary. People started to get cell phones. I had a massive Nextel in 6th grade for a week until I lost it… I then didn’t get a phone until the end of 8th grade and it was another massive Nextel. Beep beep mother fuckers.

We were SO addicted to the internet, that during ‘computer’ class or those trips our classes sometimes made to the computer lab, we would sneak on to AIM Express.

Downloading free music became illegal (what a shocker!), so we resorted to LimeWire and Kazaa to trick the system. Some people tricked the system. Others got sued. I didn’t. Oh well. Macs became cool again and most of us got them to go to college. Windows was soooo 1999. People started to get ‘texting’ and eventually face to face communication became non-existant. If you didn’t have a flat screen TV, you were probably poor. Or a student using a used TV. Facebook became the bane of our existence. Everyone was doing it.

Phones became really smart. They like went on the Internet and shit. Big smart phones that weren’t as big as computers came around — aka the Tablet — aka the iPad. Other providers caught on to this idea and made tablets too… like Intel… who operate Windows 8 (yes — Windows made a comeback) which lets you work AND play — unlike any other tablets. You’ve got fun Windows 8 where you can catch up on TV shows, monitor Twitter, play games… and and then you have the desktop mode where you can use Microsoft Office and keep notes for work. 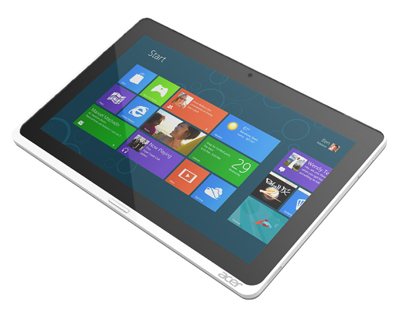 Nowadays people don’t look at each other in the eye. They stare at their phones, work on their tablets, play on their tablets, etc. Everything that was separately cool in the past is now thrown into one — your tablet. You can literally do everything related to technology on it. You can listen to music… you can play games… you can watch TV… you can check Facebook… you can talk to friends… I mean, you can even hang out with friends. Face Time? Skype? It’s like the world is on your tablet meaning the world is in your hands. And if you’ve got one by Intel, it most definitely is.

[Content and/or other value provided by our partner, Intel]

I Am Woman: Jennifer Lawrence